John had a wonderful and fulfilling time performing at the 2009 ‘Carols by Candlelight’. Although the weather was by no means perfect, it did not deter thousands of people from attending the event, which was held at the Sidney Myer Music Bowl, Melbourne last Christmas Eve and televised nationally on the Nine Network. 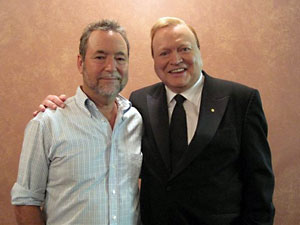 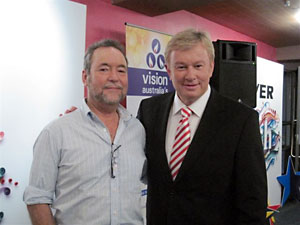 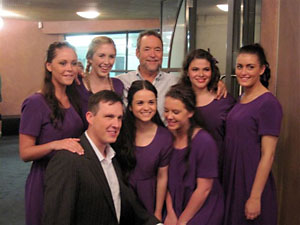 John, Lorin and some of the Girls Choir