From the tranquil Batemans Bay on the NSW South Coast to Queensland and three shows about to start there, a lot of roads have been travelled and places visited since the last report. Apart from the gigs, John has been to Tamworth to record and launch the Smoky Dawson tribute appeal, followed by a night off in Barrington Tops for his birthday, then back to Sydney for a couple of days before heading for Victoria.

With a rare day off in Sydney, there was just enough time to film John talking about his new role as a ‘Friend of Australia’ for Tourism Australia. Then it was off to the Variety Melbourne Cup Lunch where John also spent time upstairs with the special needs children at their own lunch party put on by the dedicated ‘Ladies of Variety’.

Next the crew headed for Victoria for three sellout shows at Bairnsdale, Warrigal and Wonthaggi to appreciative audiences. Old friends from Quambatook came up to say g’day to John after the show at Wonthaggi, as well as some dedicated fans from Sydney. The Sydney couple had never been to Wonthaggi but love the song, so why not visit and hear John sing the song (much to the delight of the locals as well) in the town that inspired it!

After the shows, it was back to Melbourne to meet up with the Gosling brothers for some more filming for the documentary, ‘Song of the Outback’. Leaving the extreme heat of Melbourne, John and Meg, Andrew and Alexander Gosling drove to Quambatook. In Quamby it was a scorching 40 degrees! It was a perfectly timed trip to the Mallee to film John’s childhood town and catch the district buzzing with wheat harvesting in full swing. John also caught up with his cousins who are still wheat farmers there.

Over the next few weeks the crew will cover seven shows in Queensland and northern NSW and then on to Perth before winding up a fantastic year on the road with some time off over Christmas.

November is a big birthday month for the Fair dinkum Road Co with John, Paul (on lighting), Meg, and Bev (in the office) all Scorpios and having birthdays! Happy Birthday to all the Scorpios!

In December keep an eye out for the new TV show on Channel 7 called ‘No Leave! No Life’. December 5th is the one in which John surprises the dedicated nurse, Lauren, at the Prairie Hotel in Parachilna in the Flinders Ranges.

And, on Christmas Eve, John will be singing at the televised ‘Vision Australia’s Carols by Candlelight’ at the Sidney Myer Music Bowl in Melbourne. Channel 9 is the one to watch then. 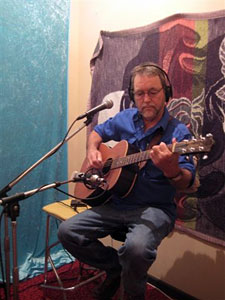 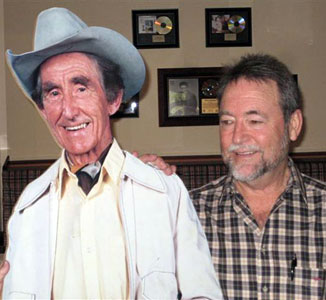 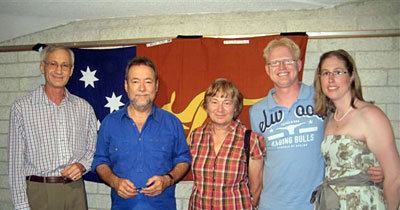 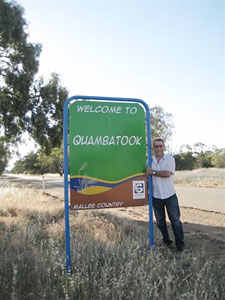 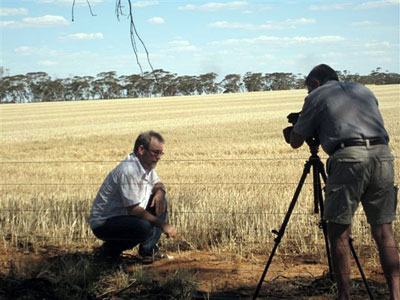 Checking out the wheat crop 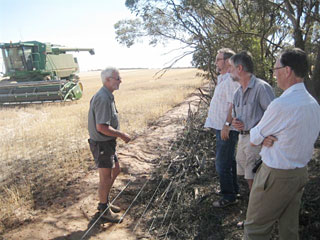