John and the crew covered more than 1600km on the road for the Wangaratta, Wagga Wagga and Griffith tour. It was a great weekend, with sellout shows for the first two nights and a slightly smaller but enthusiastic Griffith crowd, who gave up their Sunday afternoon TV viewing of the big Bathurst car race.

At Wangaratta, John performed in the recently opened Wangaratta Performing Arts Centre. It’s a magnificent theatre and he received high praise from the manager, who said she had not seen such a lively response from an audience before. The theatre at Wagga has a beautiful setting overlooking the river and parkland which set the scene for a second ripper of a night. And in Griffith, the town had turned on their Orange Festival for us! 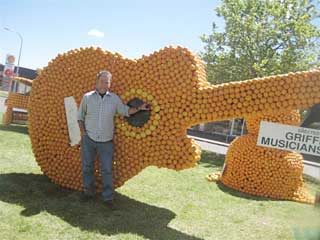 Johnno in Griffith at the orange guitar 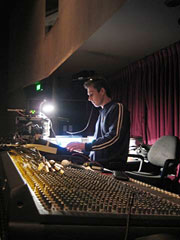 Matt Andreatta at work at the sound desk 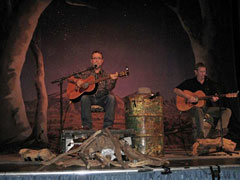 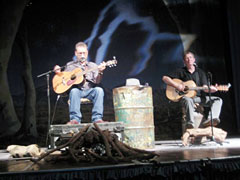 Sound check is about the lighting as well as the sound 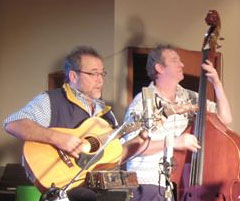 With a weekend off following the trip, John and Meg took a bit of time out for the Variety Bash reunion . . . a great chance to catch up with Bash mates and share a few more of those car stories. The Bashers always look forward to seeing the Bash video, which will be using John’s new song ‘I’m a Basher’ as part of the music backing. John was so inspired by the Bash again this year that within two weeks of getting back, he had written the new song, been to Tamworth and recorded it. And like the kids helped by Variety, it’s special!