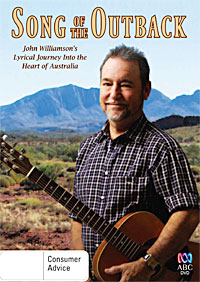 Song of the Outback DVD

Those of you who have been to a concert in the past eighteen months or so will have heard John talk about the documentary ‘Song of the Outback’. Filmed over a three week period in May 2009 under the direction of a semi-retired BBC documentary maker Andrew Gosling, ‘Song of the Outback’ is a musical journey through the Centre. With John’s songs, and John as the narrator, the doco links the history of the Outback from early settlers and their unsuccessful attempts to make a living out of unsuitable land around Wilpena Pound, to the early cameleers, the old Ghan railway, the opal miners at Coober Pedy, Albert Namatjira and his inspiration of the landscape around Hermannsburg and much more.

The World Premiere of ‘Song of the Outback’ can be seen on AUSTAR’s Country Music Channel (CMC) on Monday 13th June at 7pm followed at 9pm by John live at ‘CMC Rocks the Hunter’. The doco will be repeated on Tuesday 14th June at 9am and Sunday 19th at midday. Don’t miss it! John will also feature on the cover of the Austar Magazine for June. 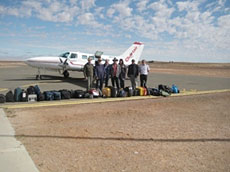 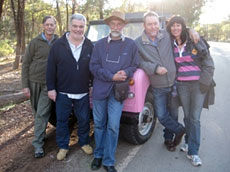 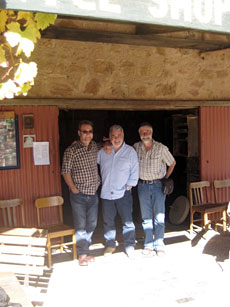 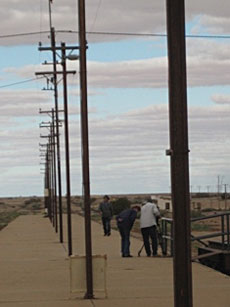 And now, John, Meg, Col and Mike (John’s sound engineer) have just returned from Darwin having started their voyage in Alice Springs as part of The Ghan’s special ANZAC event. John performed on ANZAC Hill at the Alice Springs service before boarding the train and heading for Katherine Gorge where another special performance took place. Dining in the Queen Adelaide restaurant on the Ghan

With a couple of great shows in Cessnock and Nelson Bay last weekend, John and the team head to Melbourne this week for two huge concerts with the Orchestra Victoria at The Palms, Crown Casino. A True Blue fan at Cessnock

New concert dates always being added to the website, so make sure you keep checking back to see where John will be next. To experience John and his music in the most intimate mode, you need to secure your tickets to one of John’s upcoming ’99 On York’ concerts, which take place in the heart of Sydney’s CBD. The great venue has already played host to several of John’s shows and with the recent addition of Dave Ellis on double bass for these special concerts, you really have to simply experience it for yourself. So do yourself a favour, click on this TOUR DATES link and pick which Thursday night suits you best to come along and join in the fun.
Hope to see you somewhere soon!