Latest from the Road!

Latest from the Road! 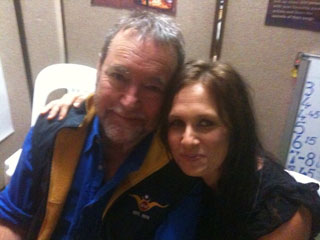 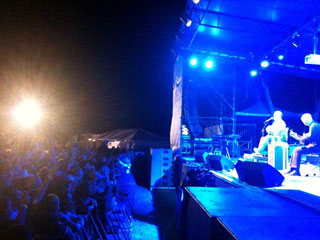 John has just returned from playing in Caboolture at the Urban Country Music Festival where the audience was in fine form. The show featured a few of his mates including Kasey (above left), Beccy and Troy, all of whom sing on John’s TRIBUTE album which is one of the two disks in the latest 2CD release ‘ABSOLUTE GREATEST JOHN WILLIAMSON: 40 YEARS TRUE BLUE’. The other disk contains twenty two of John’s most popular songs over the past forty years.

JW’s mate and on-stage guitar player, Col Watson (above right), celebrated a big birthday on Sunday and the crew toasted him with coffee at the airport en route to Sydney…party animals!

A few weeks back when we were in Toowoomba, John was ‘snapped’ out to a local emu farm…here the Mallee Boy met with 40 beautiful emus for a photo shoot. 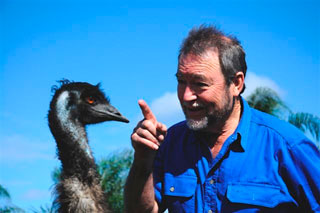 John at a local emu farm