A Top Week in Toowoomba!

A Top Week in Toowoomba!

John was in Toowoomba for most of the past week appearing for three nights at the 150th anniversary Heritage Toowoomba Royal Show. Titled ‘John Williamson’s Great Australian Muster’, the show involved about 400 people in the community including indigenous dancers, school dance groups, vintage car groups, school choirs and more, in a celebration of the diverse history of the Toowoomba region, linked by twelve of John’s songs. Queensland bush poet, Wally Finch and the outrageous ‘Crackup Sisters’ brought both history and humour to the story. The chilly nights didn’t deter the enthusiastic crowds one little bit and the main arena was packed each night.

On arriving in Toowoomba on Tuesday, John visited Glennie School to meet the girls in the Junior School choir who had been rehearsing for months for the performance. The Toowoomba Grammar boys joined the girls to sing with John on several of the songs during the show. 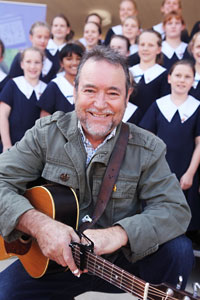 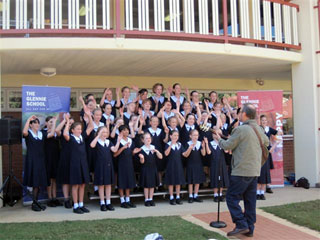 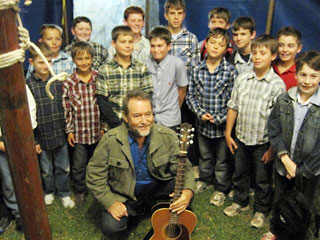 John with The Toowoomba Grammar boys

And before the show last Saturday, John took part in Record Store Day Australia at JB HI-FI Toowoomba, meeting fans and signing copies of their new 40th year CDs and DVDs. The day was an initiative to encourage people to purchase the ‘real thing’ rather than illegally copying music, which of course denies the artists the royalties payable to them and which is a huge issue for the music industry. 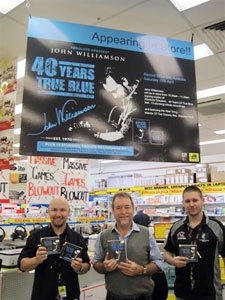