And a Good Night Was Had By All !

And a Good Night Was Had By All !

Saturday 24th January 2009 was an exciting night for John Williamson and his many fans. He and partner Meg Doyle made quite a picture as they arrived at the Tamworth Regional Entertainment & Convention Centre for the Golden Guitar presentations. Later that evening John, Warren H. Williams and Amos Morris performed their award-winning bush ballad ‘Australia Is Another Word For Free’, which was followed by John’s wonderful rendition of ‘Hillbilly Road’, a song he originally wrote for Meg in celebration of her birthday. John also had the great pleasure of introducing the Smoky Dawson tribute, a real highlight of the night. For this veteran of many Golden Guitar nights, the 2009 event was a particularly moving experience.

John and Meg on the Red Carpet 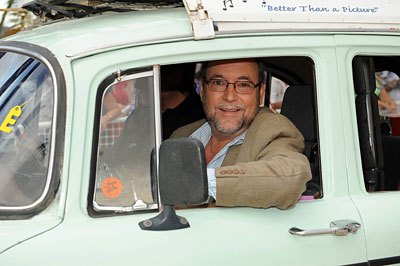 Arriving in the same car that Meg & John drove at the Variety Bash 2008!