Hot Off the Press

Hot Off the Press

In a career spanning close to four decades, JOHN WILLIAMSON has sold over two million albums, won twenty-three Golden Guitar awards, two ARIAs and racked up countless hits, including the timeless Aussie anthems, True Blue, Old Man Emu, and Rip Rip Woodchip. His current album, ‘Hillbilly Road’, reached No. 6 in the ARIA Album Chart & No.1 in the ARIA Country Chart. The Victorian-born balladeer is renowned for his engaging live persona and ability to captivate crowds across the country and across all generations.
As a member of legendary rock band Cold Chisel, IAN MOSS staked out a reputation as a bonafide guitar hero, as well as lending his skill as a vocalist and songwriter to some of their classic hits, including My Baby, When the War is Over and Moss’s signature tune, Bow River. Since embarking on a solo career ten years ago, Moss has released six albums and racked up numerous top ten hits, including Tucker’s Daughter, and five ARIA awards.
JOHN WILLIAMSON and IAN MOSS will both be performing on the opening Friday night of the Festival on 6th March, alongside acts including PETE MURRAY, ASH GRUNWALD and THE AUDREYS. 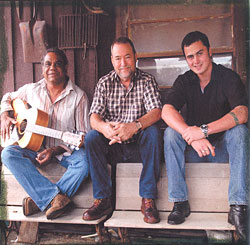