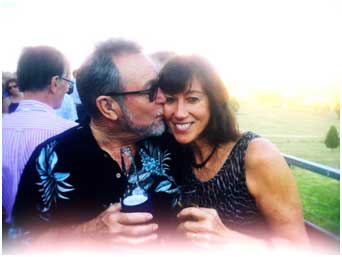 Their closest friends and family joined them for a weekend of celebrations in Mudgee. About three quarters of their guests arrived on the Friday night for a relaxed BBQ at ‘Eloura’. ‘Eloura’ proved the perfect setting for the big night, Saturday, which included a couple of impromptu songs from Graeme Connors, Sara Storer and John himself. 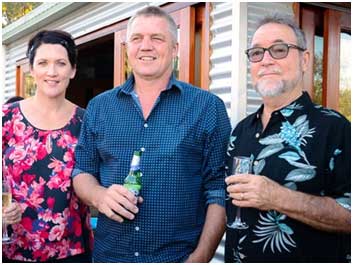 To finish off the weekend, nearly fifty stayed on for a winery tour at Robert Stein Wines, followed by lunch at their Pipeclay Pumphouse Restaurant, overlooking the magnificent lake and the winery. This topped off an already fabulous weekend and the partygoers couldn’t believe the lunch created by Andy Crestani, Andrew Stein’s son-in law. Many of the guests plant to return to Mudgee, just to go to the restaurant again! That’s quite a recommendation. 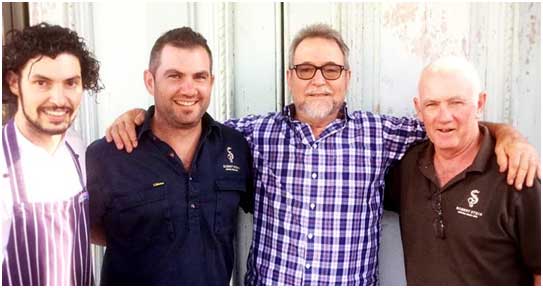 Our special thanks to Rebecca and her team at Olive.a.Twist who catered superbly for the party on Saturday night. With a Mexican twist to the food, everyone was raving about it, complemented by wines from Robert Stein wines.

To the Stein family, Drew and Cassandra, Jacob (third generation winemaker) and Lara and Andy Crestani (from the Pipeclay Pumphouse), an extra special thank you. John and Meg have become great friends with the Steins. It started with Robert Stein, who, many years ago,brought some cases of wine to John’s office as a thank you for John’s music. This passion was passed on to the family—son Drew and then his grandchildren, Jacob, Lara and Josh. It was about eight years ago when Jacob contacted John in the hope that he might have time to visit the winery when he was performing in Mudgee. The rest is history. Thank you for helping to make the big birthday bash so perfect. We look forward to our next Mudgee visit.