John will be visiting many parts of Australia over the coming months and we have decided to include a report from the road from time to time. This will enable John, Meg and the crew to share some of their experiences as they look back on some exciting times on the tour. Here is the first report:

After a couple of month’s break from touring, John and the crew hit the road again to continue the ‘Hillbilly Road’ Tour. It was obvious his fans missed him and his music as they came from far and wide to see him. At the first two shows at Cessnock and Belmont, apart from those who lived in the area, there were fans who had travelled from Scotland and even Barcelona in Spain! 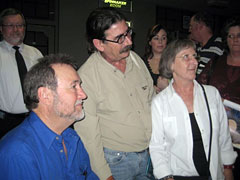 These fans came all the way from Barcelona to Belmont 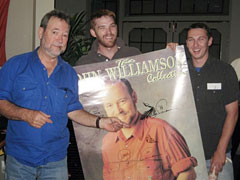 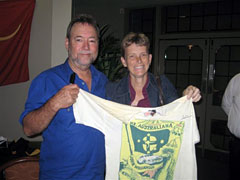 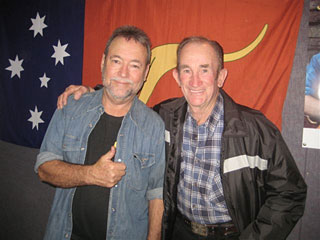 John’s sound engineer for the past six albums is Steve Newton. Steve is also currently on tour with John and is an accomplished musician. Steve’s dad, Slim Newton, was at the Cessnock show. 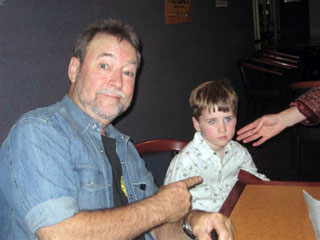 It’s a late night for all by the time John finishes performing but this young fan wasn’t going to miss out on meeting John after the show and having a photo with him…even if he was nearly half asleep! 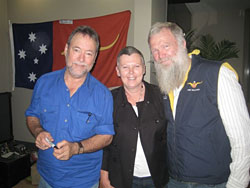 Meg reports “This couple live in Chatswood, NSW and I don’t know how many of John’s concerts he must have been to. His wife doesn’t always come along but he turns up all over the country, literally every state. They went to both concerts this weekend and he said he won’t be able to make the coming weekend but the following weekend will be at all three. You might almost expect him to be a bit fanatical but they’re both just really nice, ordinary people and very welcome company every time”.