10th YEAR OF ‘WALTZING MATILDA’ AT THE BLEDISLOE CUP

10th YEAR OF ‘WALTZING MATILDA’ AT THE BLEDISLOE CUP 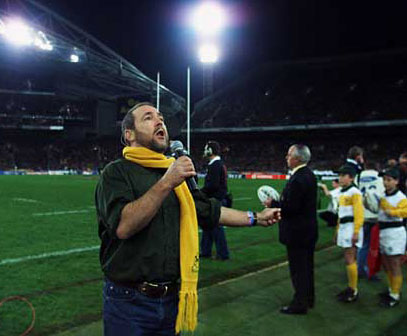 This is the 10th year of ‘Waltzing Matilda’ being sung at the Bledisloe Cup Rugby Test matches between Australia and New Zealand.

It all started in August, 1999 when John Williamson led the crowd of over 104,000 people at Sydney’s Stadium Australia singing our national song.

The request had come to John from Rod McQueen (subsequent World Cup winning coach) who asked for an Australian song that could counter the All Blacks Haka. John had no hesitation in suggesting ‘Waltzing Matilda’.

John was asked to sing and lead the almost capacity crowd on 26 July 2008 back at Stadium Australia (ANZ Stadium) and the fans joined in with him with pride and gusto to really support the Wallabies.

Thank you, on behalf of John, Meg and Variety, the Children’s Charity to all of the generous bidders. Congratulations to the highest bidder- who will enjoy a weekend away at John’s hinterland hideaway! 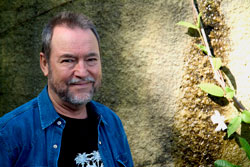 HILLBILLY ROAD GETAWAY AUCTION KICKED OFF 23rd JUNE
“To raise money for the special needs kids of Variety, Meg and I are auctioning off a dinner, plus bed and breakfast for a couple. The two winners will spend the night in the spare bedroom in our Springbrook cottage after a magic night around my permanent stock camp with smoked chops and song. Weather permitting I will be the chief cook. Here’s an idea . . . a big family could raise the money between them to give their beloved mum and dad a wedding anniversary present they’ll never forget! And remember, all the money goes to help the kids.”

The auction was hosted by www.eBay.com.au