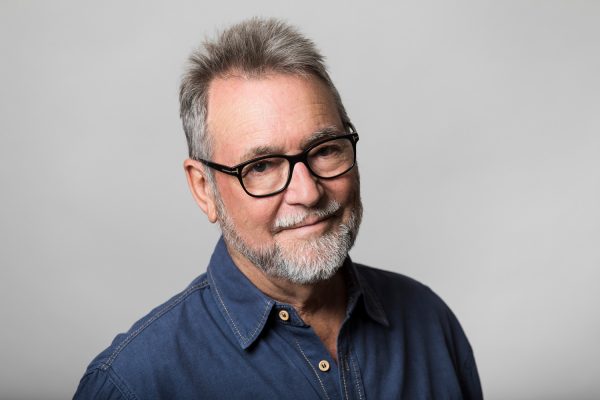 When John Williamson wandered into Richmond’s GTV9 studios in 1970 with a guitar under his arm, little did the Mallee farmer realise he’d make a 50-year career out of singing and performing. “Old Man Emu” might have been the very first song John had ever written, but his performance of the tune on Channel Nine’s popular New Faces program resulted in a number one single and a record deal. The inaugural release marked the appearance of a striking new talent: an unofficial custodian of Australian stories.

Half a century on, John Williamson has made an art of expertly capturing Australia in song. Painting lyrical pictures of our unique fauna and flora, landscapes and people, John has encapsulated the beauty, wonder and, sometimes, heartbreak of life Down Under. From boabs to billabongs and snowy mountains to sandy beaches, the Mallee-born songwriter’s 52 albums – including 20 original studio albums – have traversed Australia like a dust-covered road train, deftly moving between larrikin humour and touching pathos.

To celebrate his golden anniversary, John Williamson will release the personally curated collection ‘JW 50 – Winding Back 1970-2020’, a limited edition and ornately packaged box set, in mid 2020. As part of the 50th anniversary celebration, John has created the sleeve artwork for 25 mini CDs, with each disc containing two songs from across the course of his career. John’s images include acrylics depicting outback landscapes, humorous sketches based on song lyrics and Aussie minutiae captured with his trademark eye for detail.

As well as inclusions from award-winning albums such as 1987’s “Mallee Boy”, 1989’s “Boomerang Café”, 2012’s “The Big Red” and 2018’s “Butcherbird”, the beautifully boxed collectible, features the new single “Those Fifty Years”.

“Putting together this collection gave me a chance to take stock of what I’ve achieved during my career,” John says of the inspiration behind the new recording. “Like I say in the song, ‘There’s been laughter and there’s been tears’ – which I’m sure most people can relate to when reminiscing on their life’s journey.”

The release of the ‘JW 50 – Winding Back 1970-2020’ box set aligns with the Winding Back Tour, which takes in more than 40 dates across Australia through to the end of 2020 (tour details here). John foresees this extensive run of shows as closing the book on regular touring.

“While I’m not looking to retire just yet, once I’ve completed my 2020 Winding Back Tour I’ll be scaling down my live appearances,” John says. “I’ve always loved the connection I receive when performing, so you’ll still see me popping up at festivals and special events. ‘Winding Back’ mainly means I’m looking forward to spending more time in the garden and less time away from home fiddling about with those hard to open motel soaps.”

Throughout 2020 a number of items will be added to the merchandise range to celebrate John’s fifty years. This includes two microfibre tea towels and a microfibre lens cloth with John’s own jaunty emu sketches, (available here now) a Fifty Years T-shirt using the same logo as the box set (coming very soon) and to cap off the year, a hardback children’s picture book of ‘Old Man Emu’ with quirky illustrations by talented artist Simon McLean. The picture book will be released by Penguin Random House in October . . . the perfect Christmas gift for the whole family to share.

With his honours including ARIA Hall Of Fame and Australian Country Music Awards of Australia Roll Of Renown inductions, an Order of Australia and 27 Golden Guitar Awards, not to mention over 5 million albums sold and thousands of shows performed, it’s hard to begrudge the 74-year-old a less hectic schedule. First though, there’s a 50th anniversary to celebrate.

“It’s hard to believe it’s 50 years since the first time I heard “Old Man Emu” on the radio while feeding the pigs,” John says. “Winding Back” is a summary of my career. It’s a pretty remarkable innings and I’m thankful for the support I’ve received since those early days.”

Disc 7
7.1 Galleries Of Pink Gallahs
7.2 Raining On The Rock